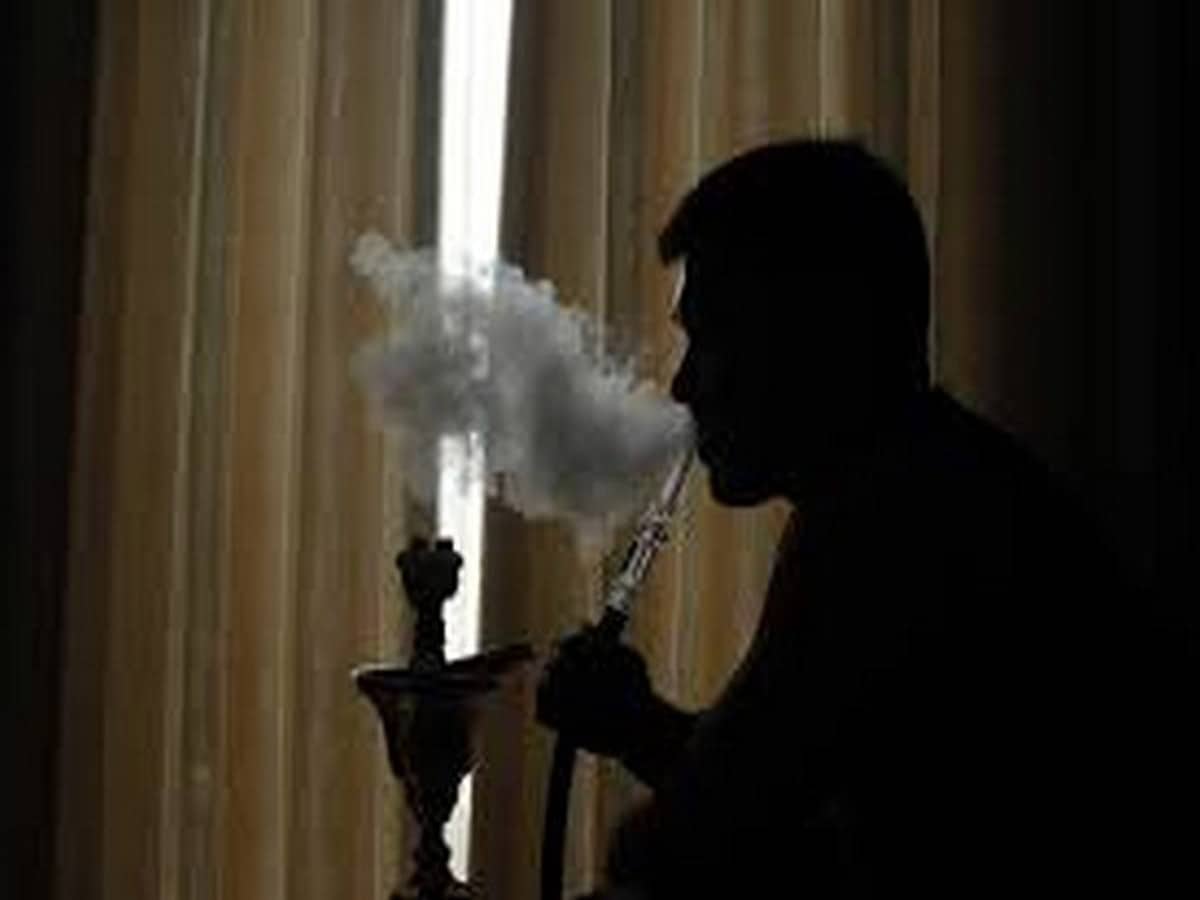 New York: Researchers have found that tobacco smoke from a hookah caused blood to function abnormally and be more likely to clot and quickly form blood clots, which can increase the risk of heart attack or stroke.

The study, published in the journal Arteriosclerosis, Thrombosis and Vascular Biology, found that tobacco smoke from a hookah caused blood clots to form within an average of about 11 seconds, compared to an average of five minutes for clotting without exposure to hookah smoke.

Exposure to the hookah smoke also caused other abnormalities related to the way the blood flows, the research added.

Some studies have found that the smoke emitted from one hookah tobacco smoking episode contains significantly more harmful chemicals compared to a single cigarette.

“Our findings provide new evidence that hookah smoking is as unhealthy – if not more so – than traditional cigarettes. “Smoking a hookah, cigarettes, e-cigarettes or other forms of tobacco all increase your risk for heart disease and stroke,” said study researcher Fadi Khasawneh from University of Texas in the US.

In this study, researchers exposed mice to hookah smoke from a smoking machine that mimicked real-life smoking habits.

Researchers then compared platelet activity among the exposed versus the unexposed mice.

The study simulated the type of nicotine exposure that occurs with smoking a hookah, which the researchers verified by measuring the levels of cotinine, the nicotine metabolite.

In May 2019, the American Heart Association published a Scientific Statement, “Water Pipe (Hookah) Smoking and Cardiovascular Disease Risk,” to analyse available research on the health effects of hookah smoking.

The statement noted that hookah smoking results in inhaling significant levels of toxic chemicals such as carbon monoxide and particulates from tobacco that can harm blood vessels, the heart and lungs, as well as creating a dependence on nicotine.

“Hookah smoking, which is becoming more popular in Western countries, is perceived as less harmful than cigarettes, yet hookahs carry a toxic profile that is thought to be comparable or to even exceed that of traditional cigarettes,” Khasawneh added. 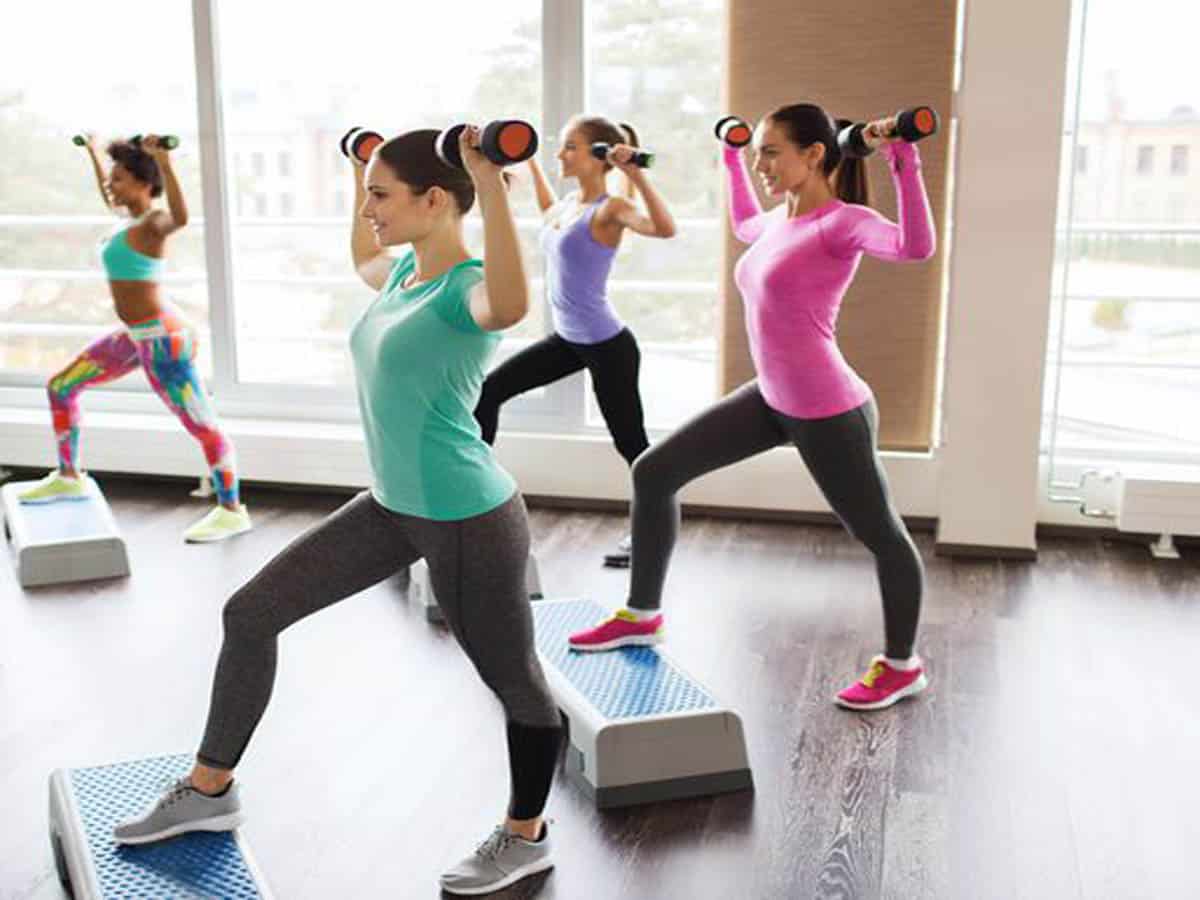 Michigan: A new study has found that Sestrin, a naturally occurring protein, can produce the positive effects of exercise even in the absence of any physical activity or training. The findings of this research from Michigan Medicine can pave the way for scientists to halt muscle wasting due to old age and other conditions. “Researchers …

Michigan: A new study has found that Sestrin, a naturally occurring protein, can produce the positive effects of exercise even in the absence of any physical activity or training. The findings of this research from Michigan Medicine can pave the way for scientists to halt muscle wasting due to old age and other conditions.

“Researchers have previously observed that Sestrin accumulates in muscle following exercise,” said Myungjin Kim, Ph.D., a research assistant professor in the Department of Molecular & Integrative Physiology. Kim, working with professor Jun Hee Lee, Ph.D. and a team of researchers wanted to know more about the protein’s apparent link to exercise. Their first step was to encourage a bunch of flies to work out.

Taking advantage of Drosophila flies’ normal instinct to climb up and out of a test tube, their collaborators Robert Wessells, Ph.D. and Alyson Sujkowski of Wayne State University in Detroit developed a type of fly treadmill. Using it, the team trained the flies for three weeks and compared the running and flying ability of normal flies with that of flies bred to lack the ability to make Sestrin.

“Flies can usually run around four to six hours at this point and the normal flies’ abilities improved over that period,” says Lee. “The flies without Sestrin did not improve with exercise.”

What’s more, when they overexpressed Sestrin in the muscles of normal flies, essentially maxing out their Sestrin levels, they found those flies had abilities above and beyond the trained flies, even without exercise. In fact, flies with overexpressed Sestrin didn’t develop more endurance when exercised.

“We propose that Sestrin can coordinate these biological activities by turning on or off different metabolic pathways,” says Lee. “This kind of combined effect is important for producing exercise’s effects.”

Lee also helped another collaborator, Pura Munoz-Canoves, Ph.D., of Pompeu Fabra University in Spain, to demonstrate that muscle-specific Sestrin can also help prevent atrophy in a muscle that’s immobilized, such as the type that occurs when a limb is in a cast for a long period of time.

“This independent study again highlights that Sestrin alone is sufficient to produce many benefits of physical movement and exercise,” says Lee.
Could Sestrin supplements be on the horizon? Not quite, says Lee. “Sestrins are not small molecules, but we are working to find small molecule modulators of Sestrin.”

Kim further adds that scientists still don’t know how exercise produces Sestrin in the body. “This is very critical for future study and could lead to a treatment for people who cannot exercise.” 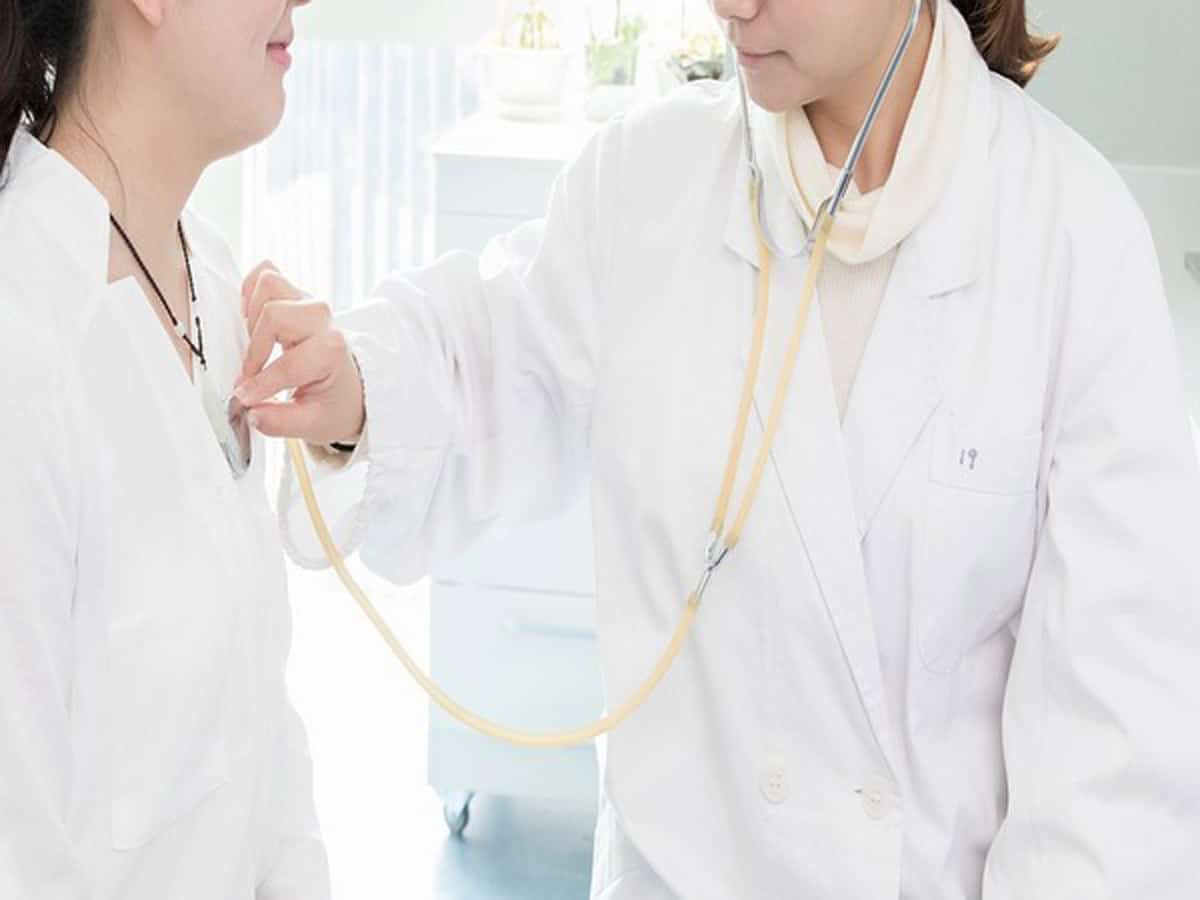 Washington: According to new research women’s blood vessels age faster than men’s and puts them at risk of heart disease. Research showed that blood vessels in women – from major arteries to tiny capillaries – physically deteriorate and become less efficient at a faster rate than in men. The breakthrough research could help to explain …

Washington: According to new research women’s blood vessels age faster than men’s and puts them at risk of heart disease.

Research showed that blood vessels in women – from major arteries to tiny capillaries – physically deteriorate and become less efficient at a faster rate than in men.

The breakthrough research could help to explain why women tend to develop different types of cardiovascular disease and with different timing than men.

The finding was published in the journal JAMA Cardiology.

According to Susan Cheng, MD, MPH, MMSc, senior author of the study and director of Public Health Research at the Smidt Heart Institute, “Many of us in medicine have long believed that women simply ‘catch up’ to men in terms of their cardiovascular risk, our research not only confirms that women have different biology and physiology than their male counterparts but also illustrates why it is that women may be more susceptible to developing certain types of cardiovascular disease and at different points in life.”

Because a person’s risk for developing a heart attack, heart failure, or a stroke typically begins with having high blood pressure, Cedars-Sinai researchers combed through their massive data looking for clues and patterns regarding how blood pressure starts to rise. Then, instead of comparing the data from men and women to each other, investigators compared women to women and men to men.

This approach allowed investigators to identify that the progression and evolution of women’s vascular function are very different than for men. In fact, women showed signs of blood pressure elevation much earlier in life than men.

Christine Albert, MD, MPH, founding chair of the newly established Department of Cardiology at the Smidt Heart Institute, says this new research should help guide clinicians and researchers to think differently when it comes to treating and studying women and their cardiovascular health.

“Our women’s heart health experts have a long history of advocating for adequate inclusion of women in research and the need to both recognize and study sex differences in cardiovascular physiology and disease,” said Albert.

“This study is yet another reminder to physicians that many aspects of our cardiovascular evaluation and therapy need to be tailored specifically for women. Results from studies performed in men may not be directly extrapolated to women,” he added. 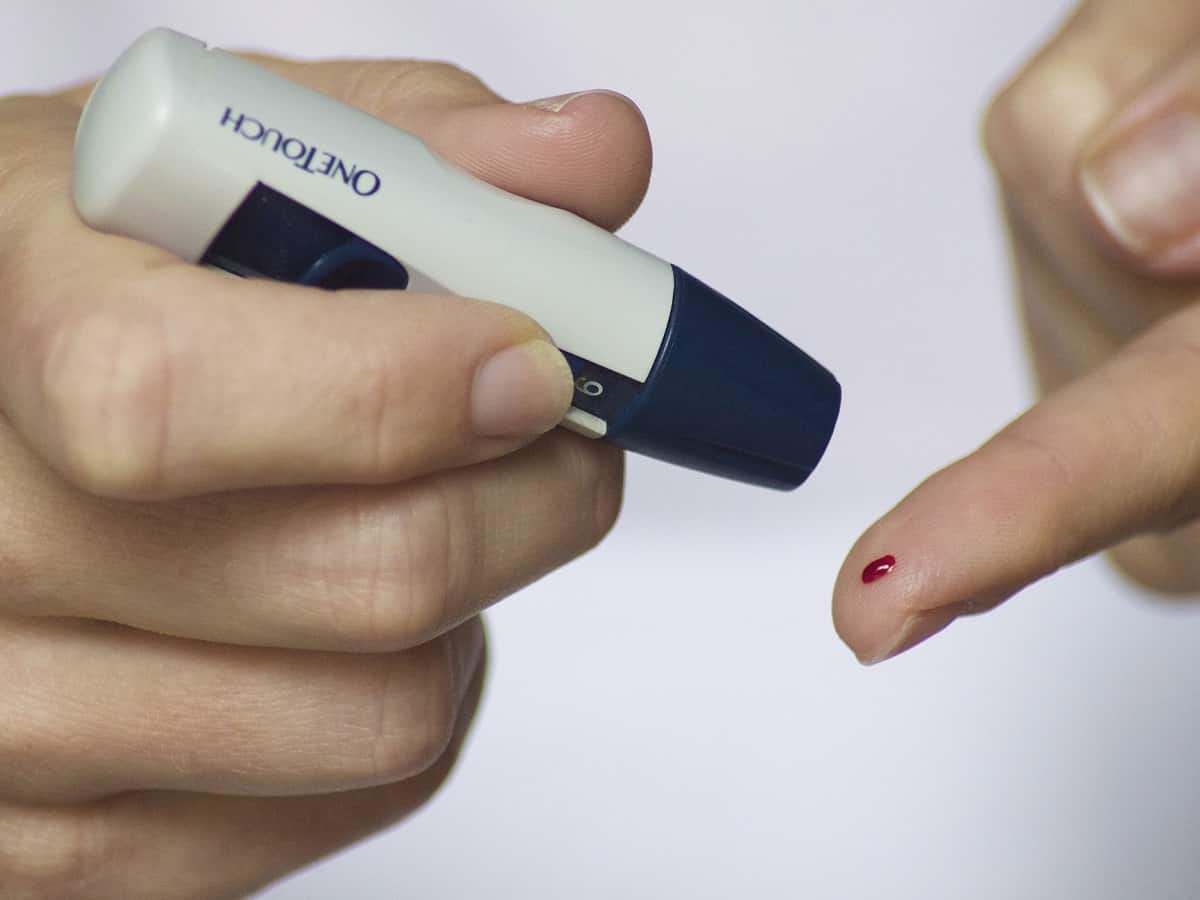 Jerusalem: Researchers have developed a new computer algorithm which will be able to identify women who are at high risk of gestational diabetes — even before they get pregnant. For the study, published in the journal Nature Medicine, research team from Weizmann Institute of Science, analysed data on nearly 6,00,000 pregnancies available from Israel’s largest …

Jerusalem: Researchers have developed a new computer algorithm which will be able to identify women who are at high risk of gestational diabetes — even before they get pregnant.

“Our ultimate goal has been to help the health system take measures so as to prevent diabetes from occurring in pregnancy,” said senior author Eran Segal from Weizmann Institute of Science in Israel.

Gestational diabetes is characterised by high blood sugar levels that develop during pregnancy in women who did not previously have diabetes.

It occurs in three to nine per cent of all pregnancies and is fraught with risks for both mother and baby.

Typically, gestational diabetes is diagnosed between the 24th and 28th weeks of pregnancy, with the help of a glucose tolerance test in which the woman drinks a glucose solution and then undergoes a blood test to see how quickly the glucose is cleared from her blood.

In the study, the research team started out by applying a machine learning method to Clalit’s health records on some 4,50,000 pregnancies in women who gave birth between 2010 and 2017.

Gestational diabetes had been diagnosed by glucose tolerance testing in about four per cent of these pregnancies.

After processing big data – an enormous dataset made up of more than 2,000 parameters for each pregnancy, including the woman’s blood test results and her and her family’s medical histories.

The scientists’ algorithm revealed that nine of the parameters were sufficient to accurately identify the women who were at a high risk of developing gestational diabetes.

The nine parameters included the woman’s age, body mass index, family history of diabetes and results of her glucose tests during previous pregnancies (if any).

Next, to make sure that the nine parameters could indeed accurately predict the risk of gestational diabetes, the researchers applied them to Clalit’s health records on about 1,40,000 additional pregnancies that had not been part of the initial analysis.

The results validated the study’s findings: The nine parameters helped to accurately identify the women who ultimately developed gestational diabetes.

These findings suggest that by having a woman answer just nine questions, it should be possible to tell in advance whether she is at a high risk of developing gestational diabetes.